[[prototype]] - the actual prototype of an object

prototype - a property of the constructor function, which references the object which will set a [[prototype]] of the object created using that function

Now we can do the same with constructor functions.

Now the same with class

If you just print the prototype links, you can find that the getNumber function is added to the prototype of Letter and that prototype is assigned to the __proto__ of all the newly created object with the class 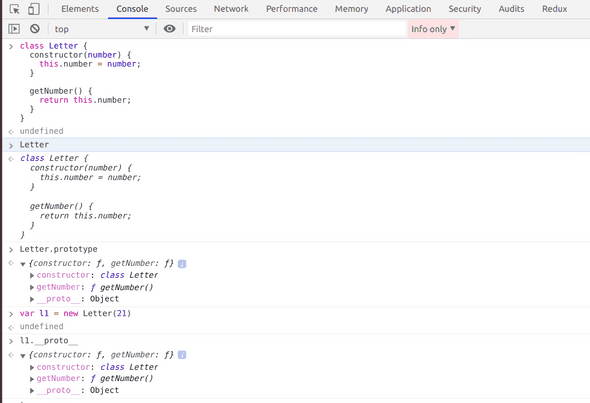 To get visual representation, check the links in the image 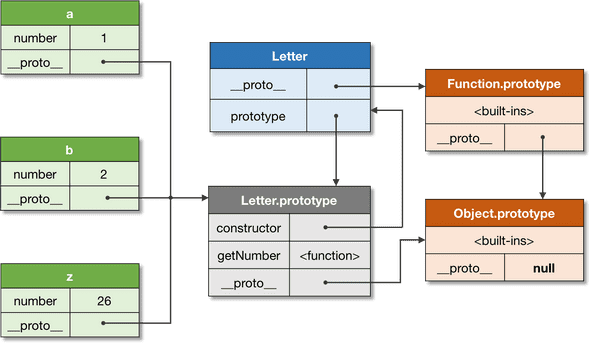 To understand with a code 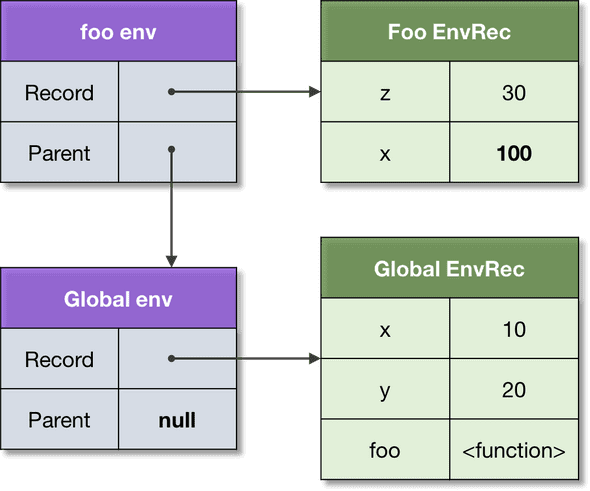 Since there is a link between the environment from child to parent, the identifier resolution work similarly to prototype delegation. Which means, when an identifier is not found in the execution environment, it is searched in its parent, and then its parent until found or reach the end(global).

A global environment has an associated binding object. The biding object may store some properties from the record, but not the others, and vice-versa. 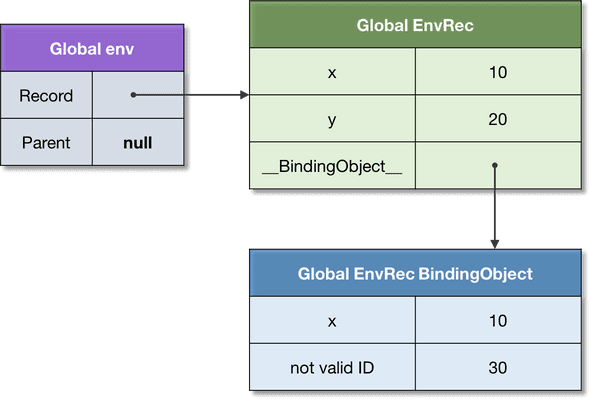 To understand closure this two are necessary

First-class Function: A function that can participate as normal data: be stored in a variable, passed as an argument, or returned as a value from another function. Such functions have to deal with free variables. A variable that is neither an argument nor a local variable is called a free variable.

Static Scrope: a language implements static scope, if only by looking at the source code one can determine in which environment a binding is resolved.

Let us see what is funarg problem. It is an abmiguity that arises when dealing with free vairables as of what is the correct environment for binding. Is it the creation environment or call time environment? This is solved by resolving binding at static scope.

The above code is an example of upward funarg problem. Here the capturing enviroment outlives the context which creates it. Again, technically it doesn’t differ from the same exact mechanism of capturing the definition environment. Just in this case, hadn’t we have the closure, the activation environment of foo would be destroyed. But we captured it, so it cannot be deallocated, and is preserved — to support static scope semantics.

Some visual to understand this 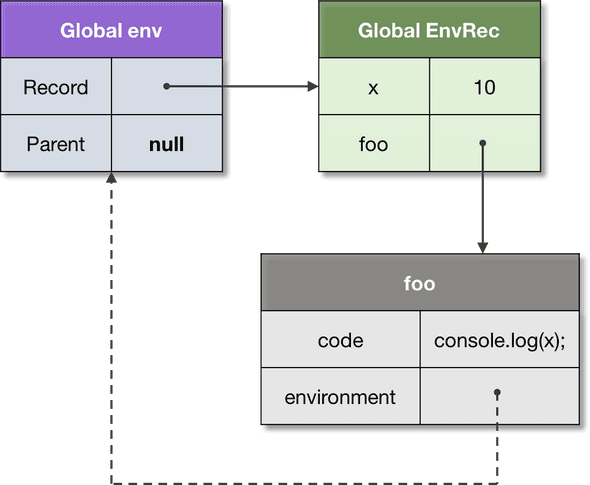 this is a special object which is dynamically and implicitly passed to the code of a context. this can be considered as an extra parameter, which cannot be mutated. The major use-case is the class-based OOP. Consider the below example

When getX function is activated, like any other function, a new enviroment is created to store local variable and arguments passed. In addition to these, function environment record gets [[ThisValue]] available. The value to this is bound based on how the function is called. Since in the console log statement, the function is invoked with p1, the value of [[ThisValue]] is set to p1.

The arrow functions are special in terms of this value: their this is lexical (static), but not dynamic. I.e. their function environment record does not provide this value, and it’s taken from the parent environment.